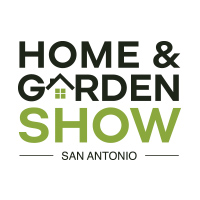 OUR PARTNERSHIP WITH MIKE ROWE

As the largest producer of home and garden events in North America, we are thrilled to partner with skilled-trade advocate Mike Rowe, best known as the creator and host of Dirty Jobs, to promote our home shows. Rowe, who has been identified by Forbes as one of the country’s 10 Most Trustworthy Celebrities, will appear in the show advertising campaigns and make personal appearances at select shows each year.

“It was Mike Rowe’s work with his foundation, the mikeroweWORKS Foundation, and the fact that he has become an important voice in sounding the alarm around the skilled trade gap, that drew us to this partnership,” explained Tom Baugh, CEO of Marketplace Events.

“The mikeroweWORKS Foundation is committed to supporting the local builders, remodelers, installers, repairmen, and all skilled tradespeople who do the jobs that most people are unable or untrained to do,” said Rowe. “I look forward to working with Marketplace Events in support of these companies and the home shows.”

The mikeroweWORKS Foundation, a 501(c)(3) public charity, works hard to debunk myths and misperceptions about the skilled trades and help close the skills gap—an issue that directly impacts the home improvement industry. The mikeroweWORKS Foundation awards financial assistance to people getting trained for skilled jobs that are in demand through its Work Ethic Scholarship Program. Since its inception, it has granted, or helped facilitate the granting of, more than $5 million in technical and vocational education.
https://www.mikeroweworks.org/about/

GET TO KNOW MIKE ROWE

What does “home” mean to you?
Mike Rowe:  Home is the place we start from. Every other place, no matter how homey, is just an address.

What project have you been most proud to work on?
Mike Rowe:  Tough to beat Dirty Jobs. It was not only a hit, it transformed cable television, reinvigorated my career, and began as a tribute to my grandfather. That show checked a lot of boxes. Lately, I’m proud of Returning the Favor on Facebook, and a new book based on my podcast, called The Way I Heard It. I’d be a fool if I didn’t direct you to www.mikerowe.com/book.  According to my mother, it’s a “must read.”

What’s one thing you wish every homeowner knew?
Mike Rowe:  I wish people understood how much they could save by making bi-weekly payments instead of monthly. It’s simple, and for most people doable. An easy way to save a small fortune.

What three items do you always keep in your pockets?
Mike Rowe:  If you don’t count both hands, I’d go with keys, lifesavers, and poo-bags. (For the dog, not me.)

What advice would you give to your 10-year-old self?
Mike Rowe:  “Hey kid. Listen up. Six years from now, a senior named Heather is going to give you the impression she wants to make out with you after school. You’re going to assume she isn’t serious. But she is, Mike. She is completely serious. Try not to blow it this time. Also, when you’re 25, you’ll have saved nearly $20,000 dollars. Put it all in Microsoft. All of it. Cash out when you’re 50. You’re welcome.”

Name a home improvement project you thought you could take on but ended in disaster.
Mike Rowe:  Name one that didn’t!

Most memorable career moment to date?
Mike Rowe:  If by “memorable,” you mean, “impossible to forget,” I’m pleased to say the list is long, and tough to choose from. But I suppose I could tell you about the time I agreed to “field test” a chain mail “shark suit” for an episode of Shark Week. It didn’t occur to me that doing so would require me to wear the aforementioned steel suit, while a dozen reef sharks took turns biting me, shaking me, and dragging me to the bottom of the ocean in the midst of a blood-soaked feeding frenzy. But that’s precisely what happened, moments before I ran out of air, sixty feet below the surface. This was by no means my “favorite” moment, but, as the images online illustrate, a memorable one.

What was your first job?
Mike Rowe:  The first job that generated an actual pay check was for United Artists, back in 1978. I worked at one of the first multiplexes in the country, at Golden Ring Mall in Baltimore Maryland. I was an usher, a cashier, a concession worker, and a projectionist. If you’re really interested, I made an animated video that answers this question in detail, which you’re welcome to watch over here. https://www.mikeroweworks.org/sweat/
(See Pledge #3. Heads up. It involves animated vomit.)

How were you discovered?
Mike Rowe:  Well, my parents discovered me in a fairly traditional way, back in 1962, when I first entered the world on the 18th of March. After that, a lot of people encouraged me and ultimately convinced me that I could make a living in front of the camera and on stage. I guess the first break I got in the business, was an offer to sing in the Baltimore Opera. This opened a series of doors I didn’t know existed, and before long, I was auditioning for hundreds of different jobs, which eventually got me a steady gig on the QVC Cable Shopping Channel, selling God-knows what in the middle of the night on live television. If you’re really interested, I made an animated video that answers this question in detail, which you’re welcome to watch over here. https://www.mikeroweworks.org/sweat/
(See Pledge #2. Heads up. It involves animated nudity.)

What’s your life’s mission?
Mike Rowe:  My mission, like my life, is subject to change. In a very general way, I feel like I’m supposed to be tapping the country on the shoulder every so often, and saying “Hey – you should know this person.” Or, “Wait till you see what they’re doing.” Every show I’ve worked on has allowed me to do that, and now, social media being what it is, I’m able to do it in more creative ways. I don’t know if that’s a mission, necessarily, but it seems like a worthwhile thing to do.

What’s mikeroweWORKS Foundation all about?
Mike Rowe:  mikeroweWORKS began as a PR initiative to help close America’s skills gap. I launched it ten years ago on Labor Day. Fans of Dirty Jobs helped me build an online Trade Resource Center, which generated a ton of great press, and got me in front of Congress on multiple occasions. Today, we’ve morphed into a scholarship fund that assists people looking to learn a skill or master a trade. Every year, we award a few hundred “Work Ethic Scholarships.” So far, about $5 million dollars worth. Additionally, I’ve become an annoyance to universities that charge obscene amounts for degrees that have left a generation with over $1.5 trillion of student debt, which I personally feel to be a scandal of monumental proportions. If you’re really interested, I made an animated video that answers this question in detail, which you’re welcome to watch over here. https://www.mikeroweworks.org/sweat/
(See Pledge #5. Heads up. It involves animated outrage.)

What famous figure(s) inspires your career?
Mike Rowe:  In no particular order, Charles Karault, George Plimpton, and Paul Harvey. I can’t fill their shoes, but I’ve tried to follow in their footsteps.

Any embarrassing on-the-job moments you’d like to share?
Mike Rowe:  My humiliations are a matter of public record, and best enjoyed on YouTube. Search for Mike Rowe and QVC, and brace yourself.

Name the fictional character with whom you most closely identify.
Mike Rowe:  Travis McGee, made famous in 21 fantastic stories told by the inimitable John D. MacDonald.

What’s your personal mantra?
Mike Rowe:  “You’re not a host; you’re a guest.”

What’s one thing we wouldn’t guess about you?
Mike Rowe:  I run a non-profit foundation because I’m fundamentally selfish.

Describe our Home Show(s) in one word.
Mike Rowe:  I can’t find a word that combines elements of “pandemonium” as well as “delightful.” So let’s go with “pandelightful.”

You’ve been interviewed many times. What is the one question you always wish someone would ask?
Mike Rowe:  Honestly, I don’t think I have one. If there’s something I really want to say, I’ll find a way to jam it into another answer. I can tell you however, that I’m awash in gratitude whenever an interview concludes, without being asked to describe my dirtiest job. Which is why this exchange has been much better than average.

WHERE TO FIND MIKE ROWE

Mike Rowe is best known as the creator and host of Dirty Jobs and the voice of Deadliest Catch
He is also the host of Facebook’s original series, Returning the Favor
His new book, The Way I Heard It, based on his podcast, will be released October 15, 2019.  Click here http://mikerowe.com/book/ to pre-order a copy or to sign up to receive email updates.

Have a question about the San Antonio Home & Garden Show? Fill out the form below and we'll get in touch with you as quickly as possible!

Get a Booth Quote

Make a year's worth of sales in one weekend.